Dust is the natural enemy of integrated circuit manufacturing of small sized devices. In the course of the development of integrated circuits efficient methods have been developed to eliminate dust from the production environment. A dust particle of a size comparable with the elements of the circuit structure (critical dimension, CD) or larger can be problematic if it is accidentally incorporated into the device. A structure of 22 nm of silicon comprises only 41 Si atoms. On this scale not only particles present a challenge but contamination by molecules becomes an increasing challenge. Those contaminations are known as airborne molecular contamination (AMC). The change from open cassettes to closed FOUPs reduced largely particle contamination but at the same time increased the impact of AMC. 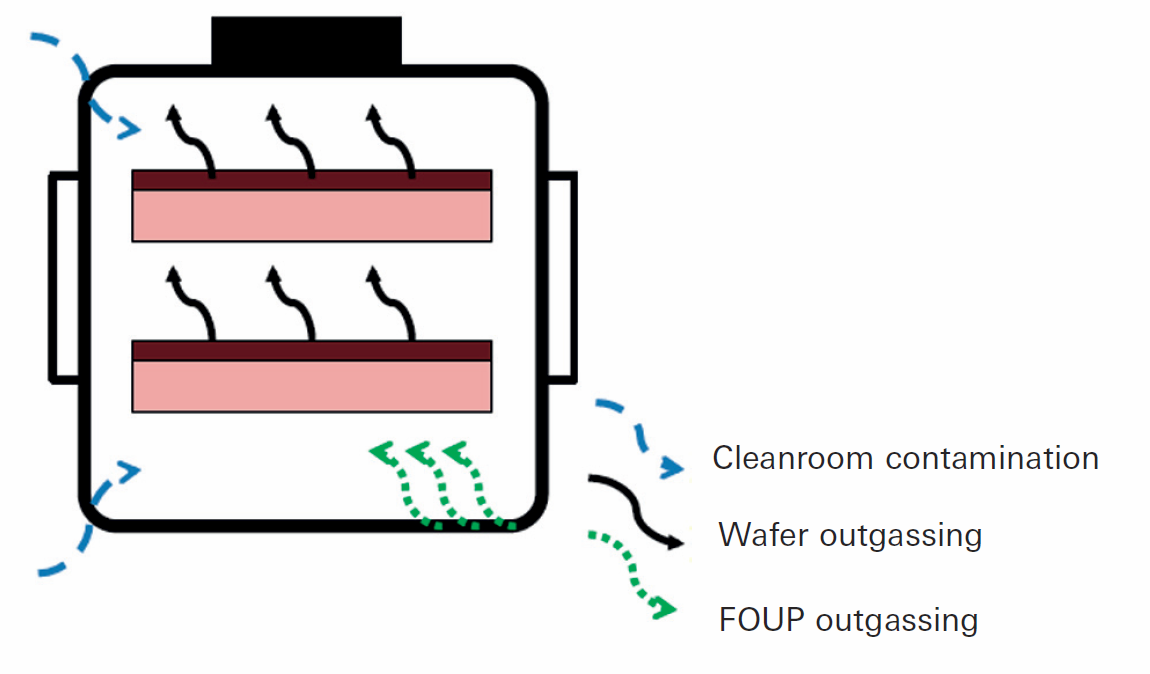 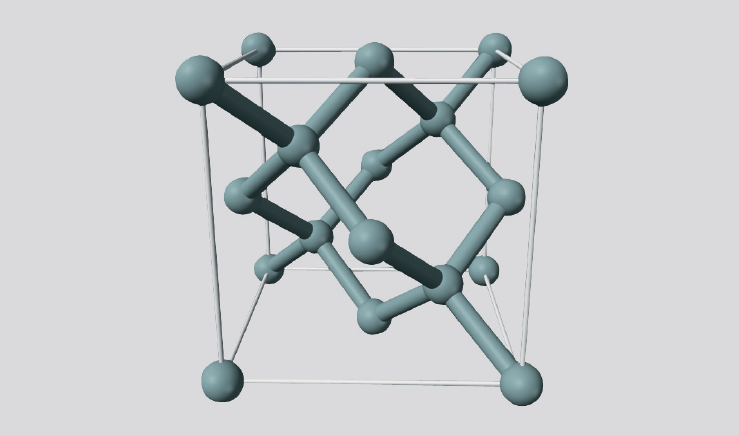 Molecules on the surface of the wafer which originate from the ambiant air, released from the surrounding surfaces, or from a preceding process step can react with atmospheric gases forming minuscule clusters of reaction products which tend to grow during queue time when wafers are waiting for the next process step. The nucleus of molecular contamination usually is from the many compounds used in semiconductor fabrication. The International Technology Roadmap for Semiconductors (ITRS) has established a list of AMCs which can provoke wafer defects. This list comprises inorganic and organic acids, bases, sulphur compounds, and volatile organic compounds, see figure 8.4 for details.

There are two main sources of AMC in the FOUPs inner atmosphere. The main source are the wafers stored in the FOUP after each process step. Byproducts from the last process are released from their surface and can be absorbed by the polymer material of the FOUP or reabsorbed on other wafer surfaces. The second source is outgassing from the FOUP, either from the bulk of the polymer or from previously absorbed byproducts of other wafers and/or other processes. As polymers have a high capacity to absorb gases, the FOUP has a “memory” of the wafers it has carried. Compared to these AMC sources the contribution of the well controlled clean room air can be neglected.