The different phenomena at the interaction plane between a solid surface and a gas are shown in figure 8.7. Gas molecules impinge on the solid, diffuse along the surface, and desorb or get adsorbed to it. A solid surface is the boundary between the bulk material and the outer world. This surface has higher energy than the bulk material because of the pending dangling bonds of the last layer of atoms or molecules. Each of the pending dangling bonds is a potential adsorption site. The free energy of the surface depends on the nature of the material bonds, i.e. metallic, ionic or covalent. The number of adsorption sites increases from well ordered crystal surfaces to polycrystalline and to amorphous polymer materials. Any irregularity increases the number of adsorption sites.

Water vapor plays a special rule in surface processes. At 25 °C and 50 % relative humidity, air contains 16 hPa (1.58 %) of water vapor. Any surface receives a flux of water molecules of about 5 · 1021 cm-2 s-1. In about 200 ns a Mono layer of water could cover a Si (100) surface. Due to the polar nature of the water molecule the first layer will bond tightly to the surfaces and additional layers of water-to-water bonds will form resulting in a stack of water layers. An acid molecule arriving on a surface exposed to atmospheric conditions will meet water molecules to assist in further reactions.

Any material that is capable of absorbing water into the bulk such as plastics or elastomers, will become saturated if it is exposed long enough.

FOUPs are made of polymer materials such as polycarbonate (PC), polyether ether ketone (PEEK), and acrylonitrile butadiene styrene (ABS). These materials can absorb water by 0.12 %, 0.5 %, and 0.7 % respectively which results in water vapour volumes of 6 l, 25 l, and 35 l at ambient conditions. Photo-resist masks are also polymer materials and will absorb water.

Under plasma conditions surfaces receive a flux of gas molecules, energetic ions, and reactive species. Ions help to desorb etching by-products and enhance the etching rate through creation of defects at the surface. After etching the surface is fully saturated with reactive species. A halogenation layer of 1.5 to 2.5 nm has been reported in poly etch with Cl2 + HBr chemistry [38]. After etching, the wafer surface will release by-products and reactive molecules to the closed environment of the FOUP which, moreover, provides water vapor to facilitate chemical reactions.

Where $p$ is the pressure and $C = C(T)$ a function of the temperature. This is known as the Langmuir adsorption isotherm/isobar. An equilibrium coverage $\Theta_{eq}$ will establish at a given set of pressure and temperature. The dependence of $\Theta$ form $p$ and $T$ is given in figure 8.9. It shows that a low coverage of gas on a solid surface can be achieved by low pressure and high temperature. 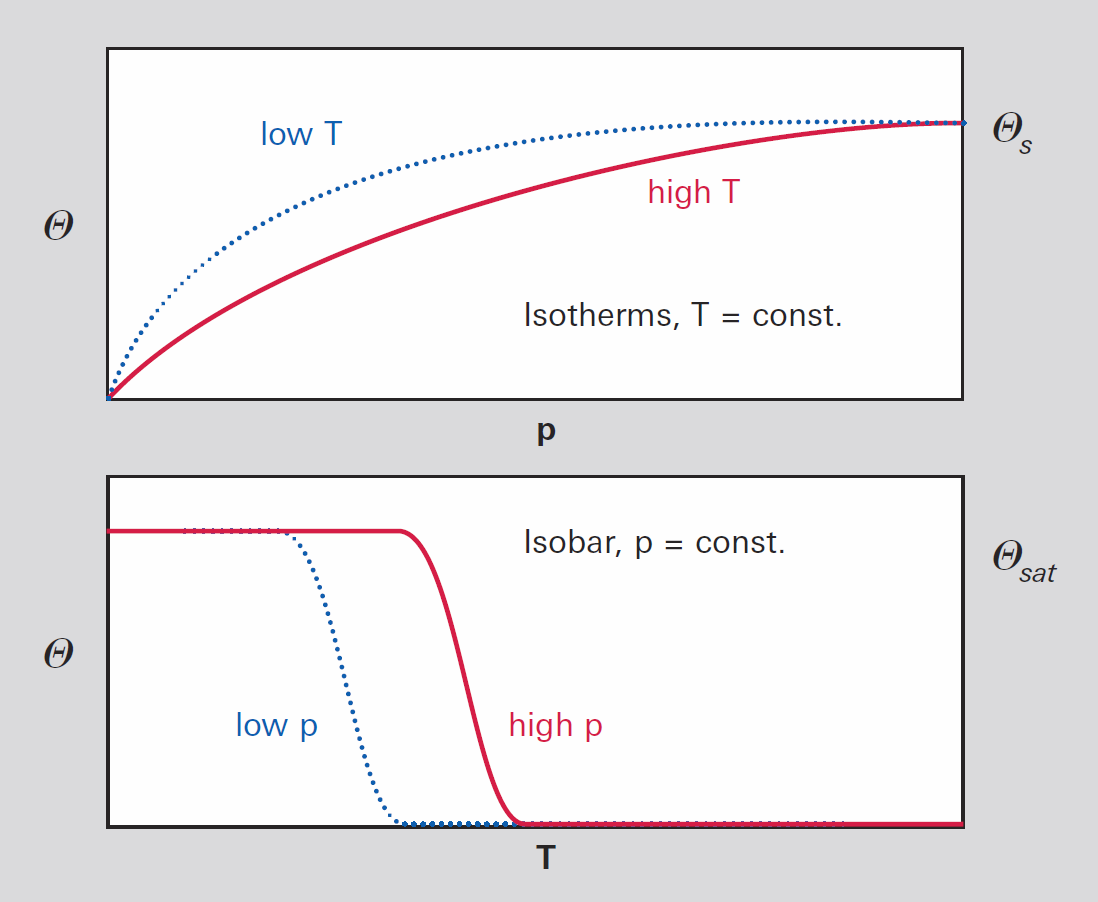 Where $c_{AMC}$ is the concentration of airborne molecular contaminants and $\delta t$ the time the wafer surface is exposed to the FOUPs atmosphere. 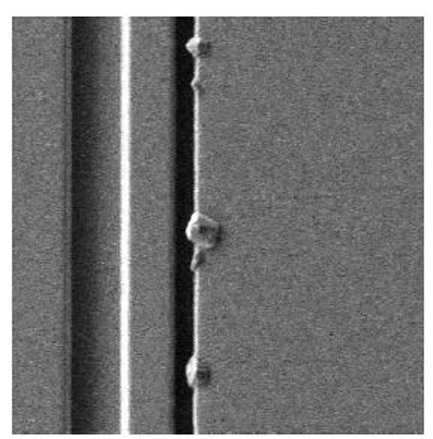 Figure 8.10: Crystal growth at the edge of a wafer pattern

SMC is at the genesis of crystal growth during queue time. As wafers wait longer for the next process step they receive a higher dose of reactive polar molecules thus increasing the probability of crystals growing to a size which subsequently will generate defects and yield loss.