Mass spectrometry is one of the most popular analysis methods. A mass spectrometer analyzes the composition of chemical substances by means of partial pressure measurement under vacuum. 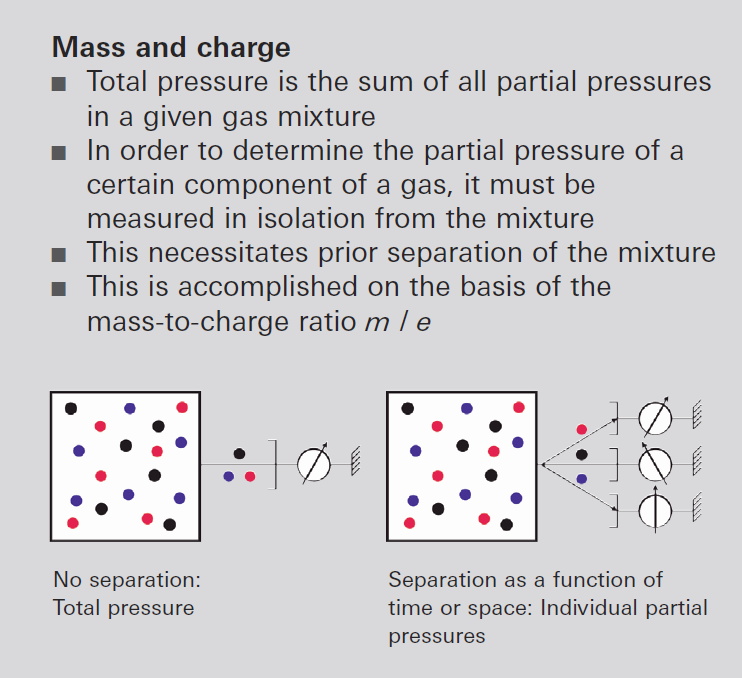 Analyses are typically performed in the field of research & development and in the production of products that are used in daily life:

Mass spectrometers are used to analyze gases. Solid or liquid substances can also be analyzed if they are vaporized in an upstream inlet system. The gas is diluted by pumping it down to a low pressure (molecular flow range) in a vacuum chamber and ionizing it through electron bombardment. The ions thus generated are separated in a mass filter according to their charge-to-mass ratio.

Figure 6.2: Components of a mass spectrometer

Figure 6.2 shows the typical components of a mass spectrometer system.

The actual analyzer is located in the vacuum and consists of the following components:

Mass spectrometers differ as a result of the wide variety of available versions. The main difference consists of the separating systems. The following four types of mass filters are in widespread use today: