In the case of a diaphragm vacuum gauge, pressure is measured in accordance with the definition. A pressure $p$ is exerted on a diaphragm having a defined area $A$ and deflects the diaphragm proportionally to the pressure. A sensor measures the deflection; in the most straightforward case, the deflection is transmitted mechanically to the needle moving over a pressure dial. Piezo-resistive or capacitive sensors receive the pressure signal and convert it into an electrical signal.

A simple and extremely robust method involves the use of a piezo-resistive pick-up. The design is shown in Figure 5.1. A diaphragm into which strain resistances have been diffused is arranged over an evacuated volume having a reference pressure $p_0$. The measured change in resistance as a result of diaphragm deflection serves as a parameter for the pressure. This sensor is characterized by its insensitivity to gas inrush and its high accuracy.

In a capacitive vacuum gauge (Figure 3.2), deflection of the diaphragm is measured as the change in capacity of a plate capacitor that is formed by the diaphragm and a fixed counter-electrode in a well-evacuated space having a pressure $p_0$. The diaphragm is comprised either of ceramics with a vacuum-metalized coating or of stainless steel. This method and diaphragms of varying sensitivity can be used to perform measurements of four decades each. The lower measurement limit is 10-5 hPa. 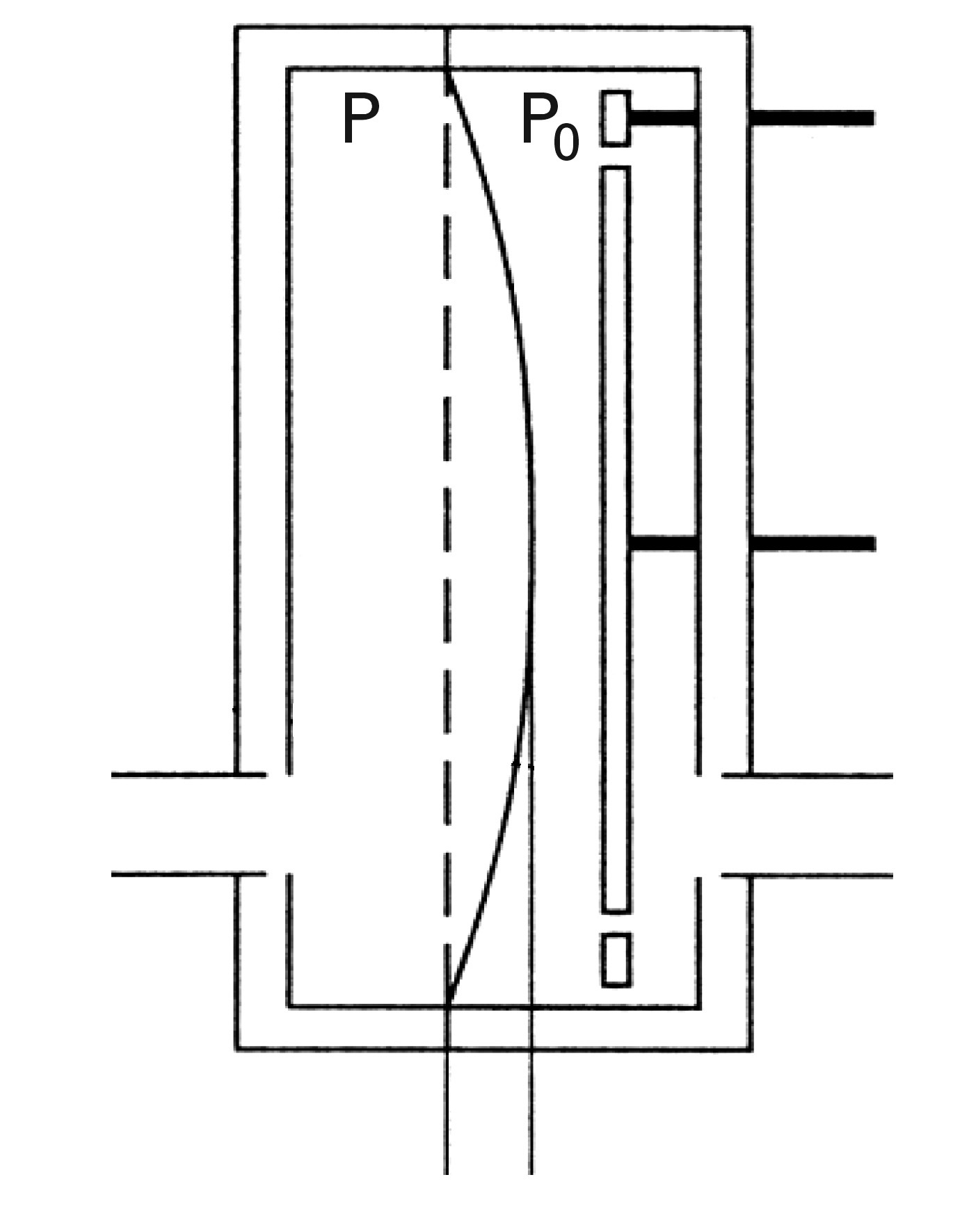 The limiting effects are:

A spinning rotor gauge (SRG), a so-called gas friction gauge, is used for calibration purposes. A sphere is magnetically suspended in the vacuum and caused to rotate rapidly, at which point the drive is then de-energized. The pressure of the type of gas that is present can be calculated from the decrease in rotational frequency due to gas friction. In the molecular flow range, these devices measure up to pressures $p$ > 10 -7 hPa. The calibration of the device is dependent only on the sphere, which means that calibrated spheres can be used as a transfer standard. These vacuum gauges are not as suitable for vacuum processes since the time taken for the measuring process increases as the pressure decreases.