Experience our new virtual CCIT-Showroom for the Pharma Industry

Welcome to our new customer portal

From now on, you can comfortably and easily request your favored vacuum products directly from your responsible sales engineer.

Learn more about our different services in leak testing technology and visit our related webpage. 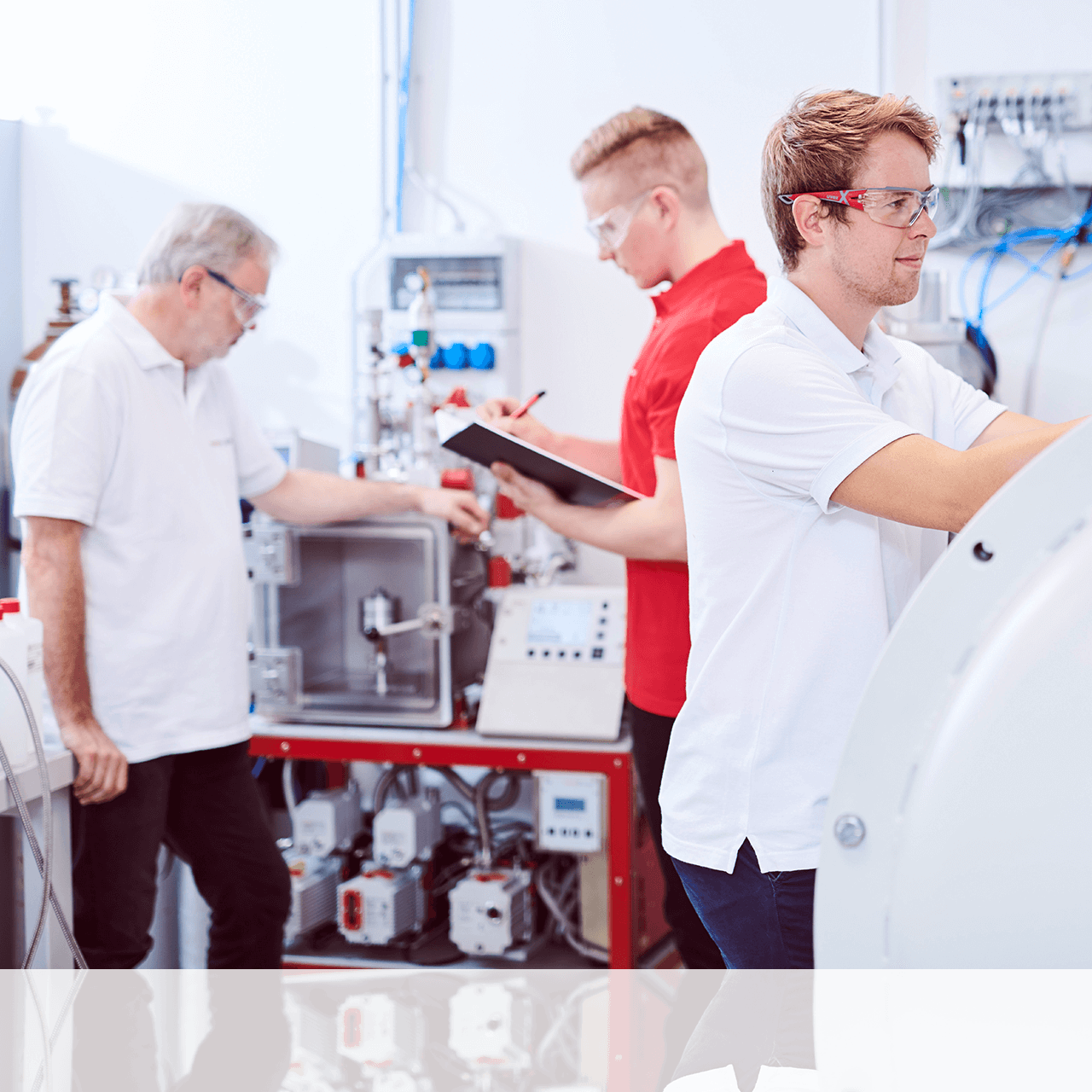 At JLU Giessen, new satellite propulsion systems are being tested for use in space

Before satellites are launched into space or a space mission commences, numerous tests have to be carried out. These tests are designed to check and ensure proper functioning in space and can only be carried out on Earth with the aid of vacuum technology. Space research has been taking place at Justus Liebig University Giessen (JLU) since the 1960s, and vacuum equipment from Pfeiffer Vacuum has been part of this from the very beginning. Today, industrial partners and space agencies test their engines under space conditions in the research group of Professor Dr. Peter J. Klar, Executive Director of the Institute of Experimental Physics I at JLU.

Ion thrusters:
From a gimmick to an enabling technology
Before “New Space”, industry still regarded electric space propulsion systems as a technical gimmick that could possibly be used one day on a scientific mission. So, the field was left to university research, with a greater or lesser degree of financial commitment from industry. Today, electric space propulsion systems are regarded as “game changers”, since completely different missions can be carried out in space with these than with purely chemical propulsion systems.

At the Institute of Experimental Physics I, there are many large experimental facilities for materials research and space physics. The facilities include large vacuum chambers, in which ion thrusters can be studied in operation. These are so-called space simulation facilities. A vacuum is created in the chambers and the thrusters are tested and measured inside them. Professor Peter J. Klar explains: “Traditionally, the electric propulsion group concentrates on the development of electric space propulsion systems, especially the radio frequency ion thruster (RIT) invented by Giessen-based physicist Prof. Dr. Horst Löb.

There are various types of electric space propulsion systems. The RIT thrusters developed by Prof. Löb in the 1960s have a hemispherical discharge chamber in which a plasma is ignited from the gaseous propellant. The open side of the discharge chamber is separated from space by a grid system. During thruster operation, charged propellant ions are accelerated out of the plasma and away from the thruster by the electric field applied between the grids and thus generate thrust according to the recoil principle. To prevent the spacecraft from becoming electrically charged, the positively charged ion plume must be neutralized with electrons. In the pioneering days, mercury vapor was employed as the propellant, but today the noble gas xenon is generally used. Since this is a scarce resource, however, alternatives are being actively sought”. 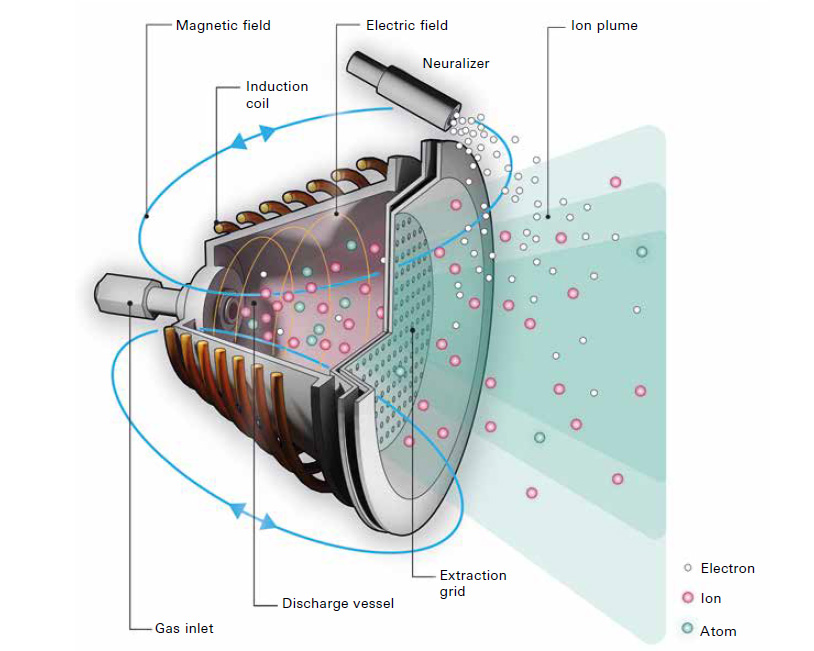 Focus on the development of new test facilities
The electric propulsion group at JLU is striving to develop novel standardized test procedures. “With the commercialization of the technology, the tasks of university groups are also changing. We cannot and do not want to build large quantities of ISO 9000 certified thrusters. That is why we are concentrating on the development of novel test facilities, which is also where vacuum technology comes in,” says Prof. Klar. “We are also focusing on concepts for better thruster diagnostics and new types of miniaturized thrusters for very small satellites. We fabricate such thrusters using micro- and nanostructuring methods.”

In particular, JLU is currently setting up new test facilities, which are unique in Germany, to investigate the electromagnetic compatibility (EMC) of electric space propulsion systems. Here, tests will be carried out to determine whether the electromagnetic radiation emitted by the thruster during operation interferes with other electronics. The phenomenon is comparable to the disturbance in reception of an analog radio in a car when driving past high-voltage power lines. “These tests are immensely important if you want to operate satellites with such thrusters, because this kind of interference can lead to the complete loss of the satellite, in the worst case,” explains Prof. Klar. The EMC test facilities for testing operating thrusters must be set up quite differently to those used for standard electronics.

Learn more about our Company and its transformation:

Microsite on our strategy >> 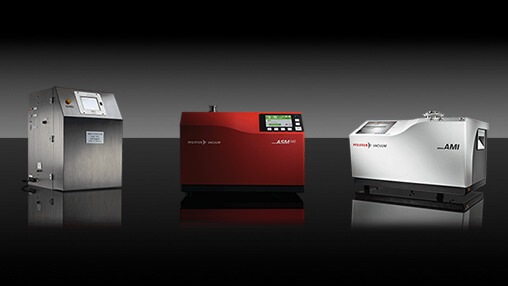 With this website we are offering you our in-depth knowledge in leak detection. 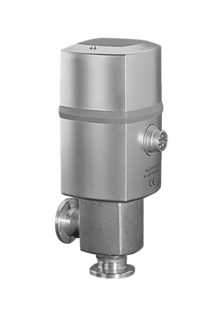